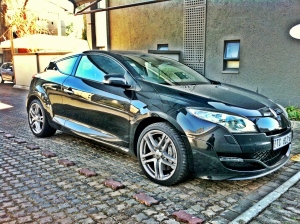 Black on Black...not as hot as yellow

Do you remember your first bicycle, the one that you rode till your mother pulled you off the street because it was turning into the dark of night? Yeah, that’s pretty much what this Renault Megane RS is like. It’s such an enormous amount of fun I’d find any excuse to have to drive somewhere, right in the midst of the petrol crisis. A little bit of education, the RS, or Renault Sport, is their racing incarnation of many of their vehicles, and my God those little French baguette eating engineers at Renault Sport division have got it right

There are two reasons why I love this car.

There are reasons why I hate this car

All this said, for R354 000 there is nothing in that range that comes close to the amount of fun and performance that the Renault has. Track day, I’d chose this above a Mini Cooper S or Golf R with my eyes shut. I love it so much, I want to marry it and have little road eating babies with it. 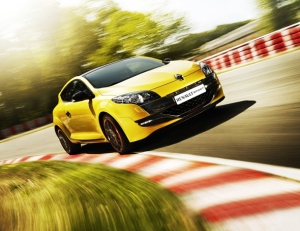 The only colour it should come in